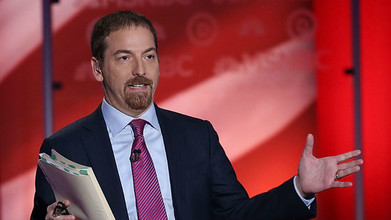 Chuck Todd: 'I look forward to ignoring' DOJ subpoena
By Joe Concha
TheHill
August 5, 2017
NBC's "Meet the Press" moderator Chuck Todd said on Friday that he would ignore any subpoena the Department of Justice issues him if the agency pursues media outlets in its investigation of leaks.

"If DoJ media source threat is real (I assume it's not; just a show presser to please WH) then I look forward to ignoring that subpoena," Todd wrote to his 1.79 million followers.