Klayman: Mike Huckabee Is Right Except for One Thing: The Leftist Media Also Hates America! 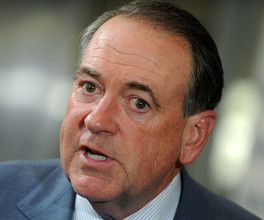 Huckabee: Media 'Hates Trump More Than They Love America'
By Sandy Fitzgerald
Newsmax
July 3, 2017
The media "goes totally crazy" when President Donald Trump posts a tweet such as the one over the weekend showing himself beating up CNN, but was quiet over ones like his Fourth of July tweet, and there's a reason why, former Gov. Mike Huckabee said Monday.