Klayman: The Secret Service Investigation of Kathy Griffin Should Be Expanded to Include Snoop Dogg! Now It's Time for Them and Others of the Hollywood Left to Be Held to Account and Prosecuted for Calling for President Trump's Assassination! See www.leftistmediastrikeforce.org 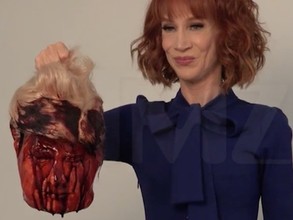 Law enforcement sources told TMZ that the Secret Service has launched an investigation into "the circumstances surrounding the photo shoot."