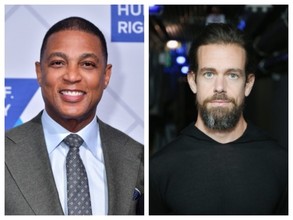 Twitter Claims 'Error' After Locking Out NewsBusters Analyst Who Mocked Drunk Don Lemon | Breitbart
By Alana Mastrangelo
Breitbart
January 4, 2019
Twitter has claimed that it made an "error" when it locked a NewsBusters analyst out of his account on Wednesday after he mocked a drunk Don Lemon on CNN's New Year's Eve show. The tweet was called "hateful conduct" by the platform.

NewsBusters' Nicholas Fondacaro was locked out of his Twitter account on Wednesday after tweeting about Don Lemon, who seemed to be overjoyed about Nancy Pelosi's upcoming role as Speaker of House, while getting drunk on New Year's Eve.