Klayman: As an Alumnus of Emory Law School I Am Embarrassed That Jimmy Carter Is Still Given a Voice at My Alma Mater! Like Farrakhan He Is an Anti-Semite and Hater of Israel and Just More Subtle About It!
Go to www.FreedomWatchUSA.org to Join and Support Our Leftist Media Strike Force! Share and Donate 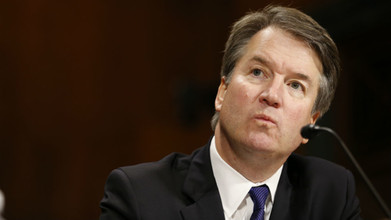 Speaking to a class at Emory University in Atlanta on Wednesday, Carter said that Kavanaugh's behavior during his confirmation hearings demonstrated that his appointment was "a very serious mistake," according to Emory's independent, student-run newspaper, The Emory Wheel.