Klayman: More Lies From CNN's Toobin and The "Jewish Left"
Go to www.FreedomWatchUSA.org to Join and Support Our Leftist Media Strike Force! Share and Donate 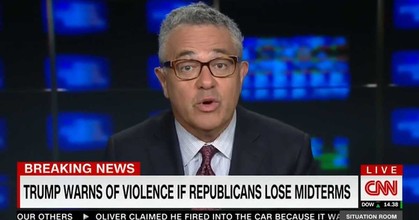 WATCH: CNN Gives Most Insane Defense Of Antifa Ever. Twitter Explodes.
Daily Wire
August 29, 2018
CNN analyst Jeffrey Toobin claimed on Tuesday that any criticism of the violent far-left group, Antifa, was based on President Donald Trump's "appeal to racism."

The CNN segment was focused on discussing Trump's recent remarks to a group of Christian leaders that if Republicans lose this November there could be widespread violence.