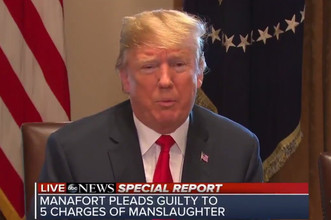 It appeared during the network's special coverage of President Trump's announcement that he would reverse course on his administration's "zero tolerance" border policy, which led to thousands of children being taken from their parents and ignited a firestorm of condemnation.