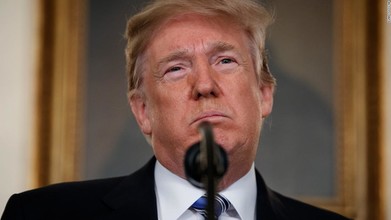 Donald Trump's absolutely disastrous week
By Analysis by Chris Cillizza, CNN Editor-at-large
CNN
February 16, 2018
President Donald Trump hasn't had a lot of good weeks since becoming president last January. But this one looks like one of the worst.

Trump was buffeted on virtually every front -- the Russia investigation, issues of his personal conduct prior to becoming president, staffing at the White House, crisis response -- over the past week, and, as is often the case, his own public comments made things worse, not better.