Klayman: CNN Hits New Low! Go to www.LeftistMediaStrikeForce.org to Sign Up and Rid the Nation of the Likes of CNN! 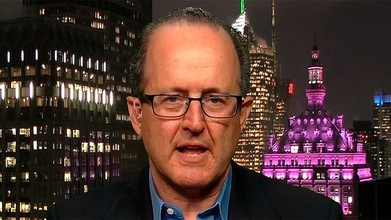 Liberal author Jonathan Tasini celebrates fatal GOP train accident: 'God is working hard today'
By Brian Flood
Fox News
January 31, 2018
Author and self-proclaimed CNN "talking head" Jonathan Tasini took to Twitter on Wednesday to declare that "God is working hard today to clean up the stink" because a "train full of Goopers" slammed into a dump truck moments after the news broke that GOP lawmakers were in a collision that resulted in at least one death.

A train carrying members of Congress to a Republican retreat in West Virginia hit a truck on the same morning that South Carolina Republican Rep. Trey Gowdy announced that he is retiring from Congress at the end of his term.